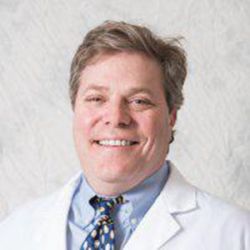 Dr. Levine grew up in Princeton, New Jersey and graduated from Princeton High School. He attended Vanderbilt University where he earned a Bachelor of Science in Chemistry. He continued his education and received an MD degree from Robert Wood Johnson Medical School, University of Medicine and Dentistry of New Jersey. He graduated at the top of his class earning the distinction of Alpha Omega Alpha. This is one of the highest honors medical students can achieve for academic excellence.

He pursued his interest in orthopedic surgery and completed his residency training at Robert Wood Johnson University Hospital. Part of his training included a pediatric orthopedic rotation at The Children’s Hospital of Philadelphia and an orthopedic oncology rotation at Memorial Sloan-Kettering Cancer Center in New York City.

Following his residency, Lewis Levine pursued additional sub-specialty fellowship training at the prestigious NYU-Hospital for Joint Diseases Orthopaedic Institute in New York City. He published a paper titled “Neurilemomas in the Upper Extremity” which discusses a benign tumor involving the sheath around nerves.

Dr. Levine is actively involved in clinical education and training the orthopedic residents at Rutgers-Robert Wood Johnson. He treats patients with a wide range of conditions including fractures of the upper and lower extremities, arthritis, nerve and tendon disorders, and soft tissue injuries.

What Our Patients Are Saying

Dedicated to providing the most advanced and compassionate orthopedic care in East Brunswick, NJ!